SVG Morphing generates animations between different shapes. You can define your own shapes through SVG path or polyline tags.
SVG (Scalable Vector Graphics) is like an HTML tag with its attributes: every attribute defines a particular characteristic of the shape.

The example below is a black triangle, 600px size. 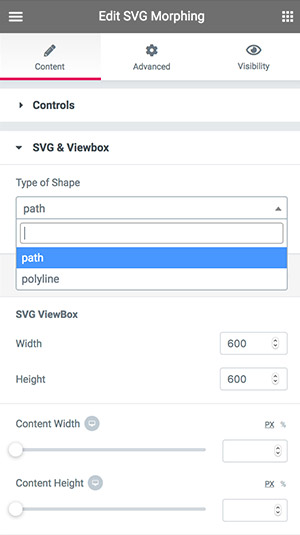 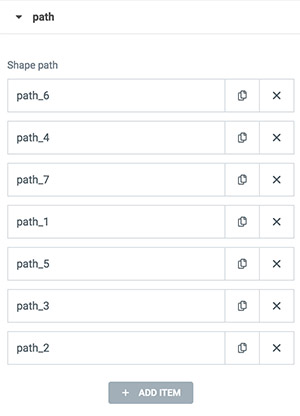 In both cases, the attributes may change during the transition steps.

There are 3 different ways to trigger the animation:

Trigger Rollover works only with the first two shapes, can be linked. 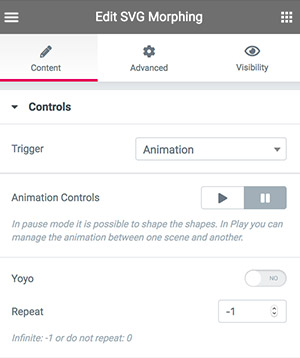 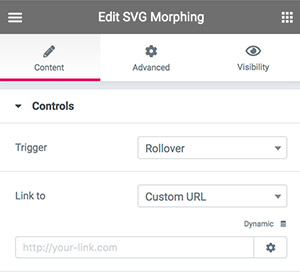 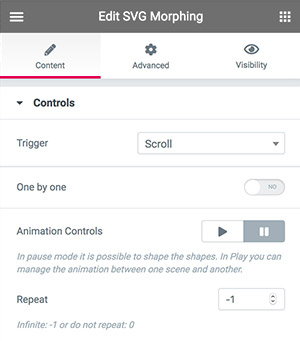 Animations between shapes are managed in this tabulator. They could be also managed in a single path or polyline element. 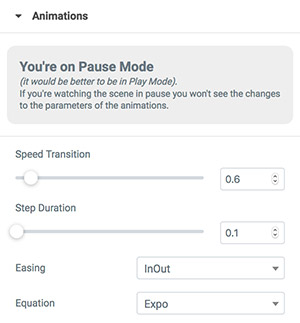 These are the attributes of a single path:

Take a look at a working example